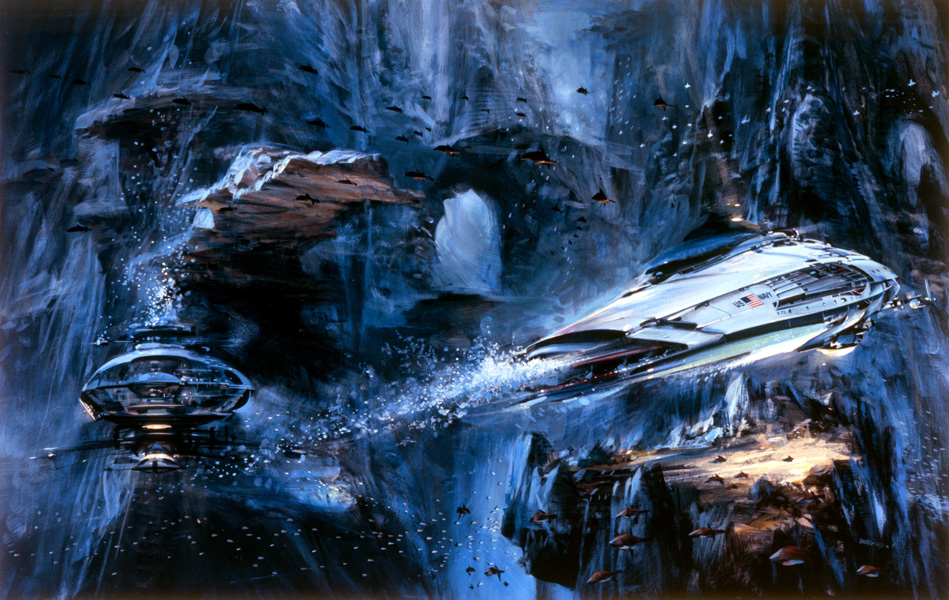 “His art appeared on book and magazine covers, in ads, on movie posters such as King Kong, Star Wars and the Towering Inferno, and on U.S. postage stamps, most memorably, the Santa Claus Christmas Stamp in 1983 and again in 1991. He painted beautiful women of all ages, cars…classic and innovative, disaster scenes, landscapes, seascapes, sporting events, festivals, airplanes, monorails …whatever he was asked to do. With his ability to see things from a different perspective, John’s illustrations depicted the full spectrum of life-past , present, and future. This quiet, contemplative genius will not soon be forgotten.” – on John Berkey

This piece is from The US Navy Art Collection! You can order your very own reproduction of this piece online here – https://www.requestaprint.net/navy/itemdetail.php…

Every sale benefits the museum directly!

During the American Revolution, the U.S. ship Bonhomme Richard, commanded by John Paul Jones, wins a hard-fought engagement against the British ships of war Serapis and Countess of Scarborough, off the eastern coast of England.

Scottish-born John Paul Jones first sailed to America as a cabin boy and lived for a time in Fredericksburg, Virginia, where his brother had a business. He later served on slave and merchant ships and proved an able seaman. After he killed a fellow sailor while suppressing a mutiny, he returned to the American colonies to escape possible British prosecution. With the outbreak of the American Revolution in 1775, he traveled to Philadelphia and was commissioned a senior lieutenant in the new Continental Navy. He soon distinguished himself in actions against British ships in the Bahamas, the Atlantic Ocean and the English Channel.

The piece above is by Anton Otto Fischer and is available for custom reproduction on RequestAPrint.

Jones was hailed as a great hero in France, but recognition in the United States was somewhat belated. He continued to serve the United States until 1787 and then served briefly in the Russian navy before moving to France, where he died in 1792 amidst the chaos of the French Revolution. He was buried in an unmarked grave. In 1905, his remains were located under the direction of the U.S. ambassador to France and then escorted back to the United States by U.S. warships. His body was later enshrined in a crypt at the U.S. Naval Academy in Annapolis, Maryland.

To order you’re own custom print of this piece visit RequestAPrint.